The Phillies swept the Rockies yesterday, collecting their 4th straight win and prompting “Wild Card” talk around town (Don’t hold your breath though…the Dodgers are up next). The day started out on a positive note. Placido Polanco signed with the team for the day so he could retire and then threw out the game’s first pitch. Later, fellow alumni Randy Wolf helped the Phanatic shoot hot dogs at the fans. 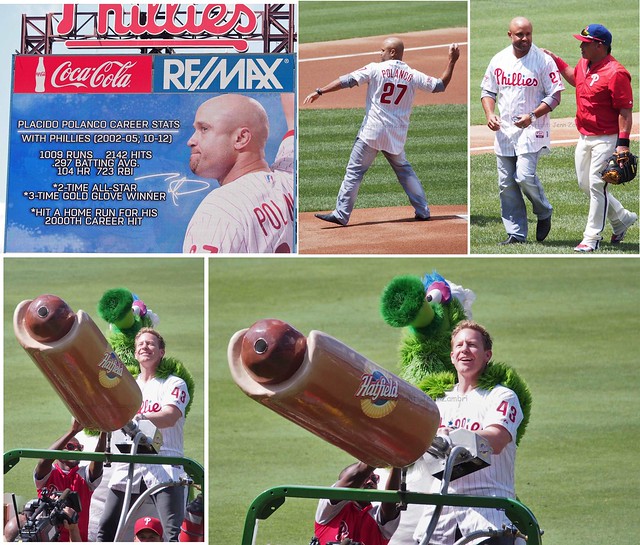 Once the game began, the intense heat appeared to be baking player brains. It was a sloppy affair, for sure. Odubel Hererra gave a clinic on how not to catch a baseball:

Cesar Hernandez missed an easy tag in the 3rd, which led to a run for the Rockies. And Adam Morgan, recently called back up due to an injury to Zac Eflin, was not terribly sharp. He racked up a high pitch count early and then managed to get whacked in the arm with a line drive. Morgan exited after only 3 innings and then Severino Gonzalez took over. Gonzalez immediately balked runners into scoring position (*sigh*).

But the Rockies had their share of heat-induced blunders as well, which the Phillies took advantage of. And Hererra made up for his earlier gaff with a home run saving catch later in the game. 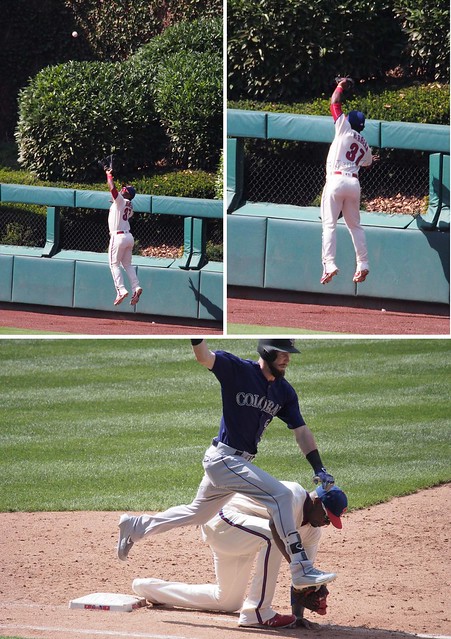 The offense scored in every inning from the 2nd to the 6th, which was nice to see. Also very nice to see was some Ryan Howard hustle around the bases. He seems to have new life suddenly. 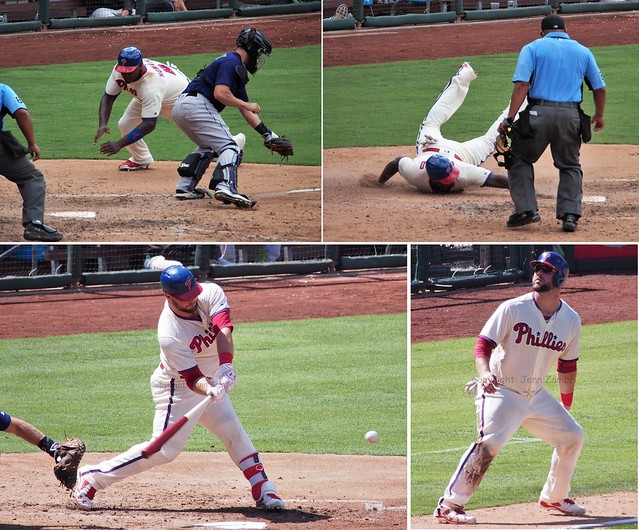 Buy the big bangs of the day came from an unexpected source, Jimmy Paredes. He went 3 for 4 with 3 RBI and raised his average from below .200 to .226 in one game.

The 9th inning, however, was quite an adventure. Jeanmar Gomez gave up 2 hits, 2 walks and 2 runs making it a very close game at 7-6. Luckily, he got out alive and the Phillies held on for the win. We will chalk that up to the heat as well.

By the way, CHASE UTLEY returns to Philly on Tuesday night!! And I will be there, right behind home plate, cheering him on (sort of…lol). I shall return with photos 