The Phillies Saturday and Sunday games this past weekend against the Cardinals were very different.  Saturday started out on a great note; there were smiles, puppies, babies and Kane Kalas, paying tribute to his late Dad, Harry. 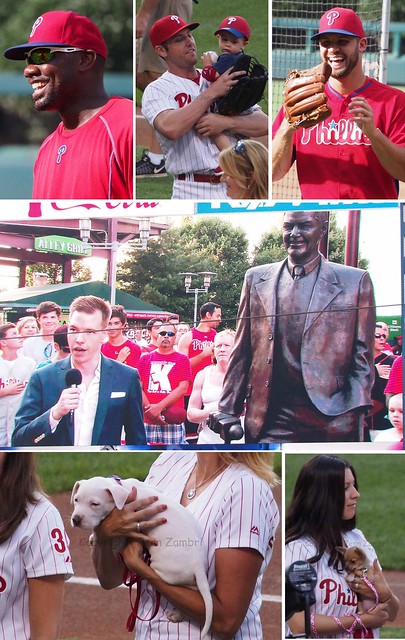 The happiness continued as the game began.  Jeremy Hellickson pitched well, Caesar Hernandez opened the game with a lead-off home run and the team went on to a solid 4-2 victory. 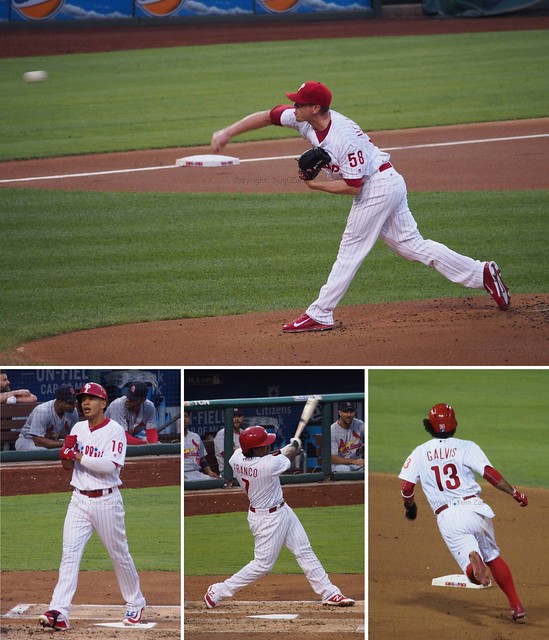 And then I made the mistake of going to Sunday’s game….

Vince Velasquez was awful, as has been the case in his last 3 starts.  Is it just me or should this guy be closing, not starting?  He seems to be conserving energy in an effort to pitch multiple innings.  As a closer, he could just let it fly for one inning.  Just a thought….

Anyway, Velasquez gave up 5 runs in 6 innings, including 2 long balls.  Not a good day.  The offense also had a bad day with many swings and misses and confused looks on players’ faces as they failed to reach base.

But no one had a worse day than Frank Herrmann (who??).  This guy hadn’t pitched in the majors since 2012 with the Indians and it showed.  He did have Tommy John surgery in 2013 so this outing was a great opportunity for him to show what he could do.  Unfortunately, it did not go well; Herrmann lasted 2/3 of an inning and allowed 4 runs.  He may want to think about how best to put his Economics degree from Harvard to better use.

The one bright spot in the game was an amazing leaping catch from Odubel Hererra: