The Phillies had won 3 games in a row coming into today’s game.  That streak ended with a horrible effort against the Reds, who beat the Phillies by a score of 4-9.   Just about everything went wrong, including pitching and defense.

Before the game, spirits seems high with players smiling and even an appearance by Darren Daulton, who has been battling brain cancer. 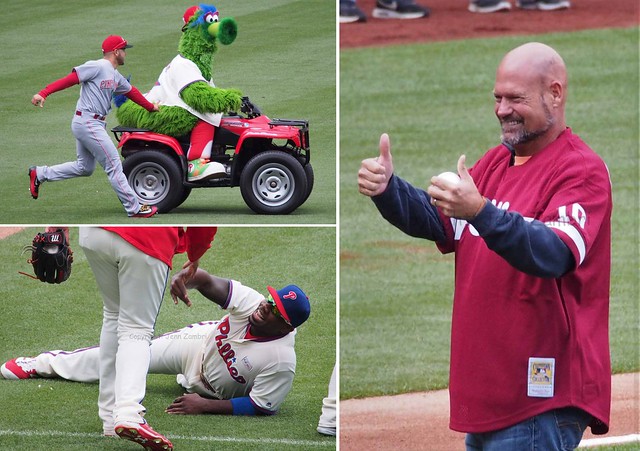 It all went downhill after Adam Morgan took the mound.  One example of just how bad he was happened in the 4th inning.  He loaded the bases as the opposing pitcher, who has no hits this year, stepped up to the plate.  Morgan proceeded to walk him on 4 pitches to bring a run in.  Shortly after that, Eugenio Suarez hit a 3-run homer.

The defense was equally pitiful.  There were 2 “official” errors in the game, but Maikel Franco missed a few balls at 3rd base that would normally not have gotten past him and Tyler Goeddel bobbled a ball in left field.  It was just sloppy all around.

And of course, this offense has not been setting the world on fire, but today was especially bad.  In the first 5 innings alone, the Phillies went 0-for-9 with runners in scoring position.  They also left 16 men on base total. 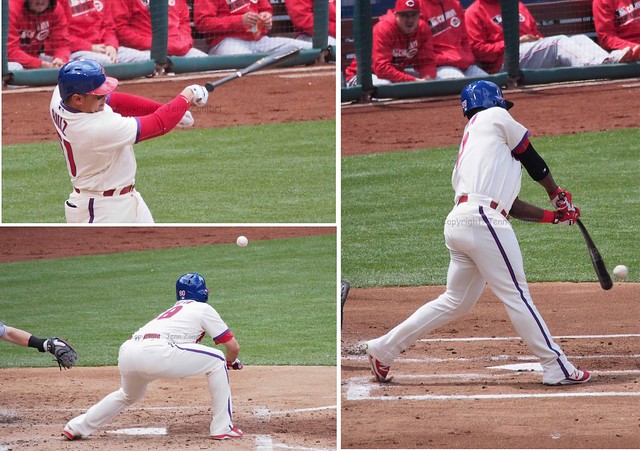 And don’t even get me started with Reds 1st baseman Joey Votto!  Several times, he motioned that he may toss a baseball to the fans and then smirked as he chose not to.  Even if the fake-out was meant for the adults, some of those fans were children who you can bet didn’t get the joke.  Well, he got what was coming to him; no hits in the series and 3 strikeouts today.  And that was the highlight of the day 😉