Where did this Phillies team come from?  It looked early on like another bad, rebuilding season was upon us.  But this young team has now won 9 of their last 10 games, sweeping both the Nationals and Indians in the last week.  Crazy.

Before the big win, the Phillies hosted their annual Mother’s Day celebration which began with Cameron Rupp’s mom tossing him the first ball; that was adorable.  And, of course, the Phanatic’s mom was around later in the game as well. 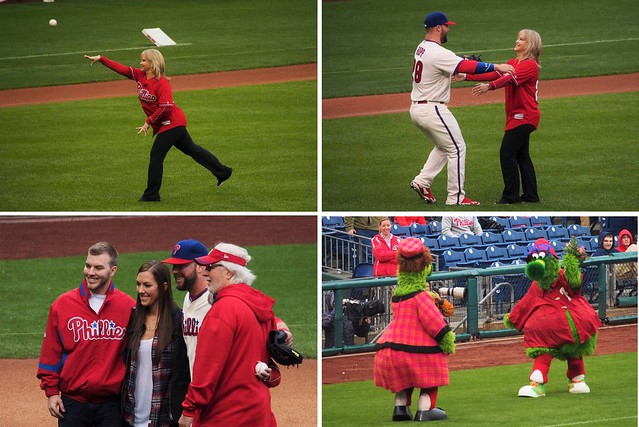 Vince Velasquez started the game in the rain and miserable cold.  Still, he pitched well without allowing any runs over 6 innings.

There was not much offense in the game; it was certainly not hitting weather today.  But the Phillies managed a few hits and scored twice in the 3rd inning. 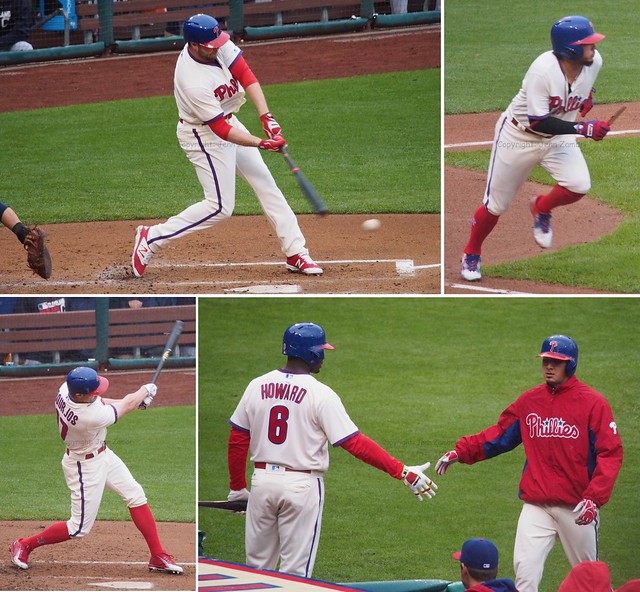 Some adventurous plays in the field were also on the schedule.  Darin Ruf had the highlight of the game with a diving catch in left field.  When did Ruf suddenly become Mr. Super-outfielder?  And then Maikel Franco turned a routine pop-up into a dare-devil grab: 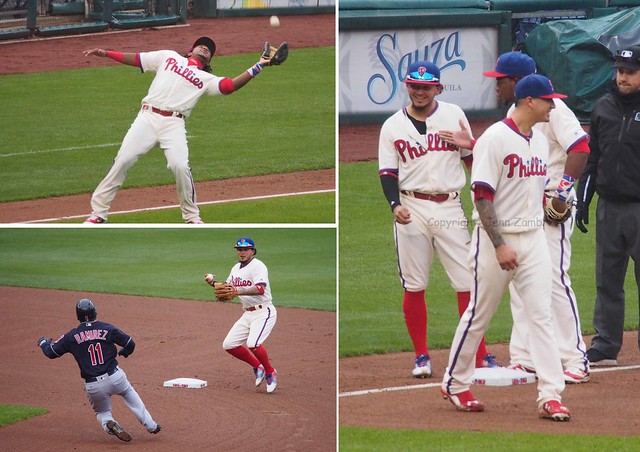 So the Phillies walked away with a 2-1 win.  They are back on the road tomorrow after this brief home stand, playing St. Louis on Monday night.  Can they keep the win streak alive?  We shall see…