On Friday night, the Braves committed 4 errors, allowing the Phillies to squeak out a 1-0 win.  Then after a loss on Saturday, the Phillies collected another win today, which was in part thanks to another unearned run gifted to them from the Braves.

The bigger story though in today’s game was the pitching of Jerome Williams.  He hung in there for 6 2/3 adventurous innings, allowing 3 runs on 8 hits and 2 walks.  By keeping the damage to a minimum, Williams also kept the Phillies in line for the 5-4 win. 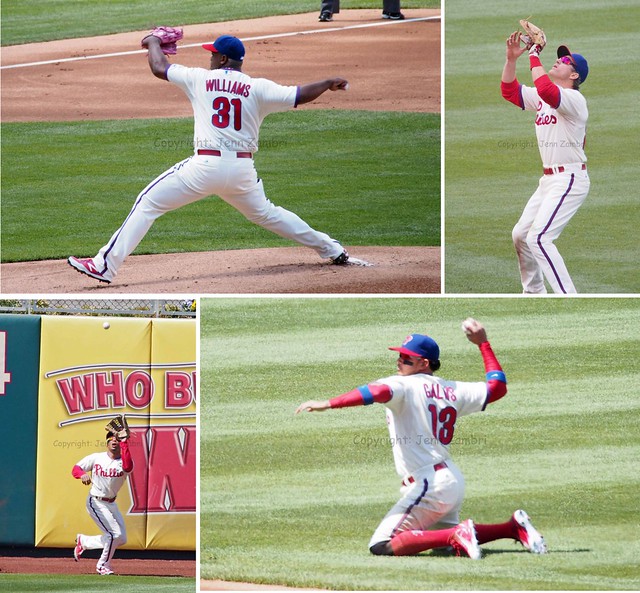 The Phillies had a few missed opportunities in the field, but for the most part, they played a clean game.  In fact, the even laid down 3 successful sacrifice bunts, two of which were by Williams.

Freddy Galvis is still on fire.  With 3 hits in this game, his average is up to .361.  And Ryan Howard seems to be ready to climb out of the major funk he has been in.  Howard actually got through a game without a strike out and also hit a 3-run homer. 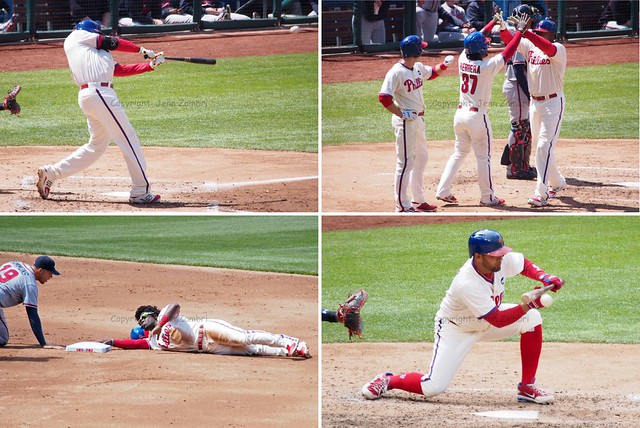 And although Jonathan Papelbon came close to blowing the save, he managed to claw his way to 3 outs in the 9th.  So the Phillies got a win for the Phanatic on his birthday.  He must be one happy green Galapagos monster today!

By the way, has anyone else noticed that since the Phillies began going downhill after 2011 that the Phanatic’s birthday cake has gotten significantly smaller?  I guess the decreased attendance is taking its toll…lol 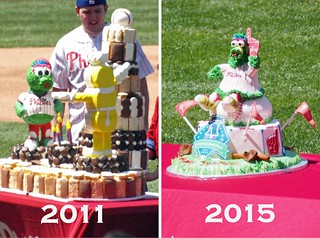 As for the rest of us, it was nice to see a series win after what has been a very rough start to the season.  Tomorrow begins a 4-game series with the Cardinals at 8:15pm.  The Cards are in first place in their division with 12 wins.  The Phillies are in last place with 12 losses.  This should be interesting…

Here is the full Photo Album from today’s game.